I’m just going to destroy any hope you have of me mentioning Lana Turner. I’m not a 75 year old man reminiscing about the good old times, okay? She’s not on the list (even though I will admit she’s a super babe). I have some fresh and modern Lana’s to dish out. So sit tight and shut up.

Lana Del Rey– Obvs I would start with this bombshell. She can do no wrong in my eyes. Granted, I’m supposed to be wearing glasses 24/7 and I’ll probably have a lazy eye by the time I’m 35, so I wouldn’t fully trust the judgement of my eyes, but I digress. Miss Del Rey is a bit of a meathead in the brain department, but she has perfectly pertinent lyrics and melodies that calm my worried soul. Her groovy music videos and velvety voice could melt anyone’s cold, grinchy heart.

Lana Tisdel– You’re probably like, who is this obscure Lana that Lily speaks of? No, she’s not some random girl I went to high school with, although that would be cool. She’s a character played by Chloe Sevigny in the movie Boys Don’t Cry. This movie resonated with me on so many levels. I went into a spiraling depression (and by “depression” I mean that I was kind of maybe upset for ten minutes) and made everyone around me partake in the disturbing topic. I even featured the film in one of my college Film Crit essays about female directors. Sorry, TMI. Anyway, Lana is one of the only characters in the movie that shows the qualities of what a kind and accepting person should be. Even though she’s surrounded by bad behavior and a dead end life, you can tell she’s optimistic and emits beauty in a somewhat dark place.

Lana Kane– Okay yes, this is another character from a show. Does anyone actually know a real person with the name Lana or is it just one of those names that writers make up? Lana Kane depicts the bad-ass side of Lana’s around the world. She’s one of the secret agents in the adult cartoon, Archer. If you haven’t watched this entire series, what have you been doing with your life? Lana tells it how it is and has no time for losers like you. Or me, for that matter. She has a rockin’ bod, a good sense of humor, and is relatively down to earth for someone who risks their life on a daily basis.

Lana Winters– Yet another fake Lana. But a good one. American Horror Story is one of my newest and best obsessions and Lana Winters appears in the second season as a hard-hitting news reporter trapped in a mental institution gone…well, mental. Her story line is perhaps the best and most chilling because she’s the typical tragic tale of someone trapped somewhere they shouldn’t be with no one that understands their situation. Basically a nightmare. But she ends up prevailing after a series of incredible feats and ends up doing something very human–becomes famous for her memoir and lets narcissism take over. Don’t worry, I couldn’t ruin this season if I tried. You should still give it a go. And Chloe Sevigny is in it too. So we have officially come full circle together. I love when that happens!

Who have you been crushin’ on lately?

I usually don’t do posts where I just ramble about what’s going on in my life. Mostly because it would consist of me talking about how I can’t feel my legs because I’ve been laying in bed for the past 6 hours. However, some new and interesting things have happened to me in the last week or two that might actually fill up a blog without me having to mention what I ate.

My mom and I decided to travel the world and go to Nashville to check out real estate. Why do they call it that? Couldn’t they just call it estates? Like, obviously they’re real. No one would look at fake estates. We spent a lot of time relaxing at our hotel mostly because it was awesome. The Gaylord Opryland reminded me of a Vegas hotel; there was so much to do inside the building, that you didn’t really have to leave to have a good time. It was decorated with sparkly Christmas lights and big wreaths. 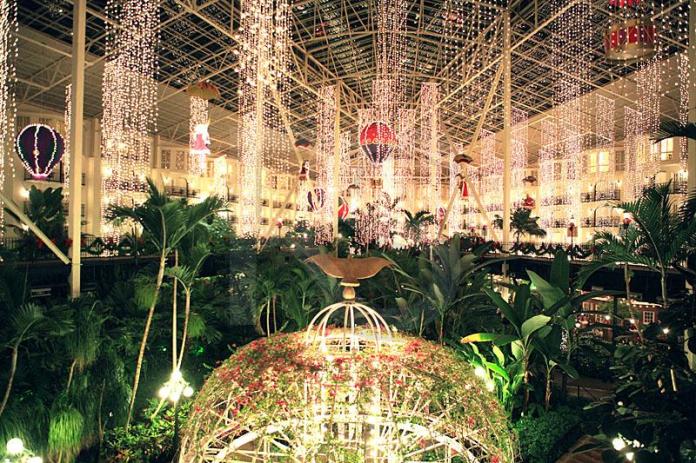 I have two qualms about The Gaylord Opryland. The first one is having to say the name Gaylord. The second one is the word Opry. Where did the Grand Ole Opry get it’s name? I like to think the name originated when opera singers would travel to the south to perform and Tennessee natives would say, “Imma go see the dern Opry to-nite!”

My guess was actually kind of close. It does have to to with opera but I’m too lazy to read the paragraph that wikipedia has on it.

After our adventures there, we went onto Austin, TX. You know the saying, “Keep Austin Weird”? Well, I think Austin will always be weird whether or not people try to keep it that way. There are all walks of life there. Which is good. Prime people watching. While we were there we looked at some estates and met up with some of my mom’s cousins. It’s funny because whenever my mom meets up with them her southern drawl comes out and they all talk about how they’re “blood”.

While we were there we saw Anna Karenina at this cute theater called the Violet Crown. It was rad because it also served as a lounge/bar so you could really make a night of seeing a movie. The movie itself was pretty good.

After that we got fro-yo because why the hell not? It was yum but I couldn’t tell if our cashier was a boy or a girl for real. It was like, the hardest. I think she was a girl. Very Boys Don’t Cry. She was keeping Austin weird. She had also never heard of Anna Karenina.

For some reason I’m really attracted to Hil Swank in this movie. She looks better as a boy. There I said it.

Perhaps the best part of our trip to Texas was seeing our blogger friend Jell Jell! You can read all about our meetup here. I was on a blogging high after that and suggested that we do a blog tour and force meetups with every blogger we know.

After that, our trip ended and my mom and I went our separate ways. It was good seeing her and spending some quality mother/daughter time together. Don’t worry, we’ll be reunited at Christmas and I’ll get to show my brother around Victoria for the first time. Lots of special moments.

So that’s where I’ve been. What has everyone else been up to?