When Emily introduced the new topic for the “Remember the Time?” blog hop this week, I knew I would have endless things to write about. The prompt was “Remember the time we got really scared?” and my answer is yes. In fact, I can barely remember a time when I wasn’t scared.

I didn’t start off scared in most situations. It stemmed from over-thinking a situation, getting nervous about it, and being scared of the worst possible outcome. I feel like I could be a good survivalist because I would prepare for the worst case scenario. But then again, isn’t anyone who is still alive a great survivalist?

I could find a way to get worried about the most inconsequential activities. But in retrospect, the things I should’ve been worried about (like walking to and from school alone) didn’t bother me one bit. Oh, childhood.

Here are some things in my every day childhood life that scared me:

1. Losing my parents, getting abandoned, or having to be raised by someone else. This was like, my number one. I guess I made a comparative study of my parents versus other parents (of classmates or neighbors) and mine won every time. There was no way I would let my parents out of my sight.

2. Being trapped in a dark room. This happened to my neighbors and I. We were sitting in their shed, minding our own business when their older sister’s friend closed the door and locked us in there. I panicked. Obviously it would’ve been a lot more traumatizing if I was alone in there because they could’ve forgotten me. But since my friends were in there as well, we worried together. The best part was when the girl who locked us in there pinched her finger in the door while letting us out. Serves you right, bitch.

3. The Omen (1976). When I was eight years old I told my parents that I wanted to watch a scary movie that wasn’t Jaws. Jaws was like my go-to scary movie. Sharks were another fear of mine. So my parents were like, “Okay let’s introduce our daughter to Satan in child form and see if she enjoys it.” Like, as if I wasn’t scared of the world enough already. Now I had to worry about scary boys, scary nannies, scary dogs, being impaled, having 666 written on my head somewhere, etc. I still really like the name Damien though. 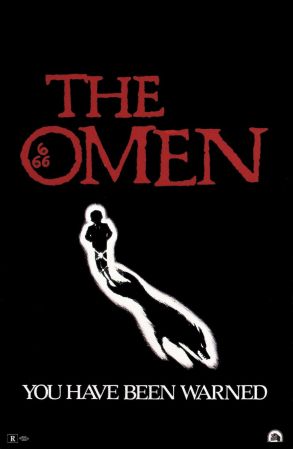 4. The dark. At night, when it was time for sleep, I would be scared for no reason. My American Girl Dolls looked especially terrifying in the glow of my red lava lamp when the lights were off. I mean, those dolls were scary even in the light of day. I swear they could look into your soul. My dad knew I was scared of them and would always put them on my bed, so when I walked in my room they would be starring straight at me.

One time when I woke in the middle of the night, I saw a ghost child in my mirror. It waved for me to come closer but I pretty much ran into my parent’s room and slept there. That was really the only time I think I’ve seen a ghost in my life. I mean, it could’ve been smudges on the mirror….okay it was definitely smudges and fingerprints on the mirror, but it looked so real, man.

5. My friend’s older siblings. I wasn’t familiar with the world of older siblings simply because I was the eldest child in my family. My friend’s older brothers and sisters always seemed so grown up and frankly, terrifying. One time I was sleeping over at my friend Kelly’s house and she and I were just playing a friendly game of Crossfire when her sister sauntered into the room telling us that we had to watch this movie with her. It was a Slither-ish movie where this girl was sitting in her bathtub and huge leech-like insects went into her ears and basically destroyed her life. Just like Kelly’s sister was destroying my life. And then to top off the night, her sister made me eat cheese. Torture.

That list may not be frightening to  any of you, but it gave me a lot of anxiety. There were dangers and things to be scared of around every corner. And I just happened to find them all.