Since my Seattle post was so well received, I thought I might as well write about my other travel adventures. Especially the ones where I look thin in pictures.

During my study abroad in fall 2008, a lot of my friends were going to Amsterdam. I of course was banned from going there because I would most likely get caught up in the red-light district and sold as a sex slave. Or worse, smoke pot. Luckily, a couple of my friends weren’t interested in going either. We looked on RyanAir’s list of destinations and saw that flights to Oslo were going for a mere 7 pounds! Brilliant. Side note: RyanAir is the sketchiest airline you can take. Flights are cancelled constantly and they fly to airports that are more or less 2 hours outside of the city that you think you’re going to.

I was excited to go to Norway mostly because I am of Norwegian heritage. It’s easy to mistake me for a Viking woman. In fact, when we were there, most people would talk to my friends in English and then talk to me in Norwegian. Unfortunately the only words that I bothered learning were hai hai (hi) and tak (thanks). So my cover was blown often.

As for eating, we had an amazing breakfast buffet every morning at our hotel. We would stock up on food there and then grab crap at 7-11 at night. Oslo had a lot of 7-11’s. But not one Starbucks. Go figure.

I remember when we first got there, some homeless Norwegian put his arm around me and I did a full “As if!” from Clueless.

So that was fun. Besides that clingy homeless dude, Oslo was dead. And by dead, I mean that there was literally no one around. It was a ghost town. Streets were empty. Stores were closed. It was spooky.

We were smart and went on a bunch of free tours to all of the hotspots in the city. One of the most memorable stops was the Vigeland Sculpture Park. So this Vigeland guy basically made a bunch of sculptures of people without clothes on so they would be timeless. Unfortunately everything just looks very sexual. You cannot take a normal picture there. For example:

Not phallic at all.

We went to an amazing Viking Ship Museum which was a definite highlight. I could just imagine my ancestors raping and pillaging other nation’s carefully built towns. Often times their boats were buried with the men who died so it’s a real miracle that these boats are in such good shape. 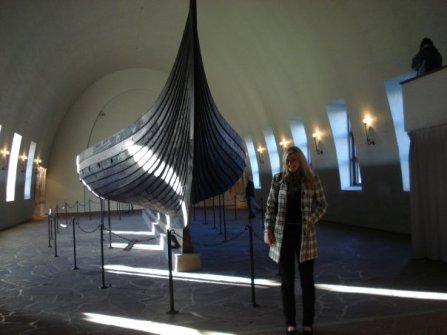 We also went to the Kon Tiki Museum. Before visiting the museum, I hadn’t ever heard of the Kon Tiki expedition. In 1947 Thor Heyerdahl made a journey to the Polynesian islands. The museum pretty much explains his entire journey. It was a cool place and I got some good pictures most importantly. 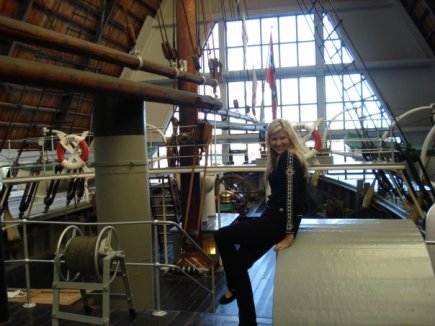 I’m probably the most annoying person you’ll ever meet.

I think we also went to Oslo’s Opera house which is right on the water and shaped like a glacier which is pretty bomb. But probably slightly traumatizing for any titanic survivors. Oh, and we went to the art museum to see some Edvard Munch paintings. After being in Oslo for a couple of days, I could see why Munch painted “The Scream”.

Along the way I manged to abuse most statues that I came across. 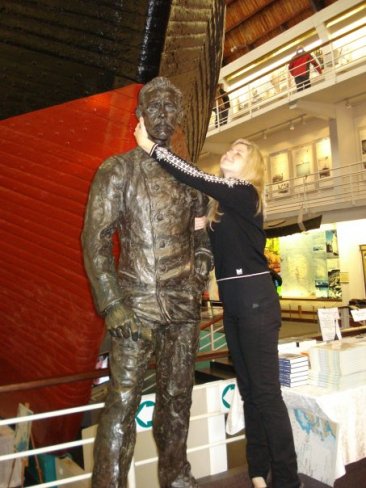 I hope this post encourages everyone to visit Oslo at least once in their lives. It’s clearly such a hot spot!

For some reason the date April 20th is National Pot Smokers Day. Who decided this? Why do pot smokers need their own day? They get to relax all the time! Seems unfair.

I never smoked pot. I tried to smoke cigarettes but I couldn’t really figure out the whole breathing smoke into my lungs thing. How are people so good at harming their bodies?! I feel like I should have been given this gift, but alas, I have not. So I didn’t even try smoking pot because apparently it makes you cough even if your doing it right.

I went on a run last night (I know) and I could smell someone smoking weed around me. The only two people I was approaching were this older, well to do couple. It had to be them. Unless one of them likes Eau de Cannabis, I’m pretty sure they were tokin’ like a pair of teenagers. During this part in my run, I was getting pretty exhausted (5 minutes in) and I had to cough, but I didn’t want them to think that I was coughing because they reeked of pot and that was a way of me telling them that they’re gross. So I held in my cough until they were far enough behind me that I felt safe. Should there be an age limit on pot smokers? I feel like once you reach 40, it’s seems kind of desperate. Like, grow up dude. Although I’m 24 and I still say dude.

I guess you could say that people in my high school were into weed. And by into weed I mean they dressed in patchwork clothes and talked about jam bands. Those kinds of people. But I loved them. They were always super nice and appreciated my sense of humor. Although I think they appreciated any attempt at humor.

My friend went to Hawaii a couple of years ago and she traveled for hours to go see some natural wonder that I’ve forgotten the name of. While she and her family were deep in the Hawaiian jungles (does Hawaii have jungles?) they saw Woody Harrelson smoking a doobie. He saw them and literally ran away. That’s how I remember the story being told. I feel like a lot of celebrities do this. Remember when Miley Cyrus was caught smoking pot and her publicists made up a drug that “definitely wasn’t marijuana.” So Miley just happens to be the only one into salvia right? And salvia has all of the same effects that pot does except that it’s not illegal? Look, my spell check doesn’t even recognize the word salvia. I don’t know what kind of fast one her publicists think they pulled, but they weren’t fooling anyone. Miley should have taken the Woody Harrelson approach and booked it outta there.

I feel like I’m on the island of misfit tokers over here. Everyone does it. The oldies, the young ones, and everyone in between. Why is it so prominent here? Are they better at growing it? Someone please give me answers!

Why are people like Bob Marley and Willie Nelson considered pot smoking gods? Both of these men severely freak me out. Not Bob as much as that inbred Willie. Celebrities are definitely into the ganja. It’s probably so easy for them to obtain. Michelle Phillips from The Mamas and the Papas said in 2001 “Marijuana should definitely be legalized. I think we should let everyone smoke it without fear of being thrown in jail. It’s the greatest drug in the world!” Oh Michelle you messed up creep. Anyone that was married to John Phillips, destroyer of Mackenzie Phillips’ life is not someone I would take advice from.