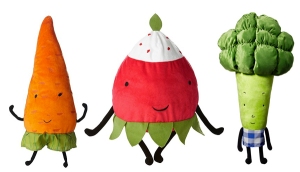 The last time I went to Ikea was when I was 12. I ventured there yesterday for the first time since then and I have to admit that I was fascinated. I’m pretty sure Ikea is the closest thing to Sweden without actually having to go to Sweden.

I never really cared about decorating before now since I didn’t have anywhere to decorate. But now that we have an apartment, it’s kind of fun looking at bits and bobs for our little place. When I stepped through Ikea’s doors, I was slightly overwhelmed. So much stuff for so cheap! I weaved through what seemed like 100’s of staged rooms, amazed that I could make my apartment look like these. The store literally sells kitchens. How is this possible? Don’t most places come with kitchens? Maybe in Sweden houses are sold sans kitchen and people have to go to Ikea and buy one.

The people who made Ikea were smart because they realized that after shopping for a while, Americans get tired and hungry. There’s a strategically placed food court in the middle of the building that serves Swedish cuisine. And chicken fingers. I ate french fries and reflected on my Ikea adventure, and I couldn’t help wondering if this was a typical day for a Swede. I tried to picture Lisbeth Salander eating at the Ikea food court, but it just didn’t seem right. Only because she didn’t really eat.

There were a surprising amount of kids at the store. They were running in and out of rooms and being yelled at by tired parents. I was surprised that Ikea sold toys. Except most of the toys were food themed. Healthy food themed, actually. Some kind of sick joke if you ask me. Okay, the broccoli guy is cute.

The worst part about Ikea, and probably the reason why the stuff is so cheap, is that you have to build everything yourself. Not only that, but you also have to go down to a scary storage room and find what you’re looking for. Seems easy, but when the labels are in Swedish and there’s no one around to help, it’s enough to make a poor customer scream. I don’t think Ingrid Bergman had to deal with this crap.