For some reason a doll of Steve Jobs has been made. Let’s think about this for a second. Someone came up with the idea to make a Steve Jobs doll, actually told people about it, and got it made. Some people have no shame. 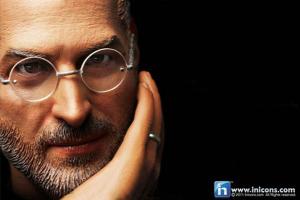 I’m not going to beat around the non-existent bush, dolls are creepy as hell. Barbies are alright because if they attacked you in the middle of the night, you could swat them away. American Girl Dolls are another story. If you look at them dead on, they’ll peer into your soul and you’ll wish you were never born. Trust me. I had 2 of them. Kirsten and Samantha. *shudder*

The only thing creepier than dolls are wax figures. I’ve had the pleasure of going to Madame Tussaud’s Wax Museum and it’s pretty horrifying. I mean, its fun when you pretend that you’re hanging out with celebrities but then it just goes downhill after you post any pictures on your facebook. My favorite is when someone comments on an obvious Madame Tussaud’s picture and says “Omigosh! I thought that was really Justin Timberlake!!!!11!1 heheh!” 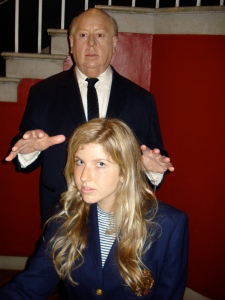 It was either this picture, or one of me and a wax Hilter.

I wonder what celebrities think when they’re told that a wax sculpture is going to be made in their image. I would be offended. Although, I get offended if I have to wait in line at the grocery store.

I feel like the creators of the Steve Jobs doll should make him into a doll that also serves as an iPod dock. I think he would’ve liked that.