I love going to the University theater to see movies that don’t make it to the bigger screens in town. Artsy-indie movies, documentaries, old movies that our generation never got to see in the theater–all good reasons to go. Last week I took my friend to an indie-ish black-and-white film called Frances Ha starring Greta Gerwig and some other people that I don’t know. 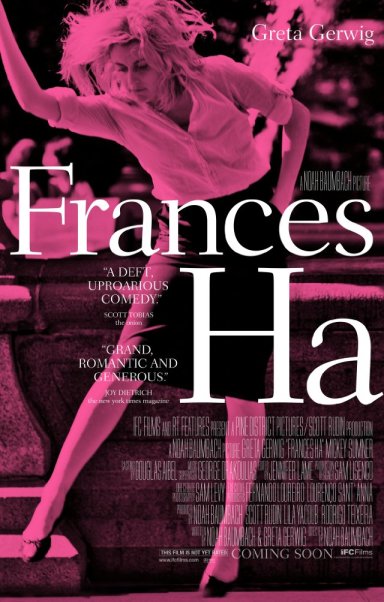 Frances Ha starts off introducing the audience to Frances and her best friend slash roommate Sophie. They do everything together and get along well. Eventually they find themselves reluctantly parting ways and Frances is faced with some tough life decisions. Life is hard, but it always seems like it’s harder for 20-somethings in NYC.

Frances hops from job to job and apartment to apartment hoping to make it big as modern dancer. One of my favorite montages in the film is when she goes home for Christmas to Sacramento, California. They capture the feeling of going home to your parent’s house when you’ve been away the whole year very well.

The movie also illustrates the stupid spontaneity of my age group. In one scene, Frances was having dinner with some impressive people and they were talking about their apartment in Paris. Afterwards Frances decides that she wants to go to Paris on the weekend, and does, even though she has zero spending money. 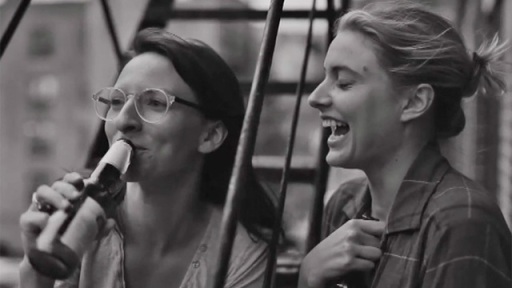 Sometimes we’re faced with desperate times, and the movie shows this when Frances decides to go back to her Alma Mater to work as an RA (free rent!) and waitress. It’s definitely a low point in her life.

But for all the struggling that she does, Frances makes one good choice and everything seems to fall into place. It’s funny how stuff like that always works out. It made me happy that the ending turned out well for Frances. She was lovable. Some of her humor didn’t fully translate on screen (I think it was supposed to be like that), and she wasn’t perfect.

It was a good movie. I would give it 3 and a half out of 5. I know that seems low. It wasn’t amazing, but I obviously liked it enough to write about it. The ending is cute, and they played some good tunes. It also shows an adequate picture of how fugly some NYC girls can be.