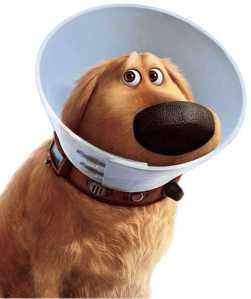 I don’t know what it is about society today, but people are under the impression that not picking up dog poop is a bad thing. (I’m really going to be a hard-hitting reporter today.)

Aren’t we making more work for ourselves? And who actually wants to pick up poop? We already have to scoop out litter boxes! Isn’t that enough responsibility? And maybe our dogs are feeling shameful because of this whole thing. Nowadays people roll their eyes when their dogs squat down. Geeze! Just let them do their business! If someone came in the bathroom and rolled their eyes when you were pooping, I’m assuming that you wouldn’t like that.

Dog poop is biodegradable and good for the earth. How else will the earth get it’s nutrients if we don’t let them sink in? This is the reason that all of those natural disasters keep happening. It’s true. Look it up. I’ve actually seen people pick up poop in biodegradable bags, and just leave the bags on the ground! Good logic.

I believe that the main reason we’re told to pick up after our dogs is because people don’t want to step in poop. That’s understandable. I just find it weird that people have decided they don’t like looking at the ground. Like, honestly, how hard is it to look where you’re walking? The fact that police men can give you tickets for not picking up your dog’s poop is absurd to me. This is a free world! Let dogs poop where they please!

One of my friends once told me about a woman she knew that was taking her dog outside in her front lawn. When the dog went to the bathroom, a jogger ran by and said, “I hope you’re going to pick that up.” Personally, I would’ve been like, “Sure, yeah, I’ll pick it up.” And then I probably would’ve smeared it on the jogger’s back. I don’t know, maybe I have a lot of angst today. I just feel like this is a pressing issue in today’s world and Romney and Obama better be talking about it during their debates.