Look at me, I am so cool writing a “guest post.”  Really, Lily doesn’t know what she agreed to! ha ha.  Lily and I go way back as we grew up close to each other in the Chicago area.  And, it just so happened that we ended up at the same college for a while until she decided to be too “cool” for the USA and hop over the pond to London…ok, I guess thats kind of cool.  Now she thinks she’s super cool and landed in…Canada?  Yikes.  JK LILY.  Ok, so I decided to write about Abby & Lily’s skiing adventures, mostly because its hilarious for me and probably really embarrassing for Lily…but I know you guys will get a kick out of it.

I somehow convinced Lily to sign up for a skiing class with me in undergrad.  I mean in my mind, skiing+college credit=what could go wrong?  You basically get to ski for free for a semester and get classes which is a great deal!  Lily hadn’t ever been skiing before the class so I decided, being the wonderful person that I am, to take her up before classes started and show her the ropes.  Now while a good portion of our day consisted of taking sweet pics to post on facebook: 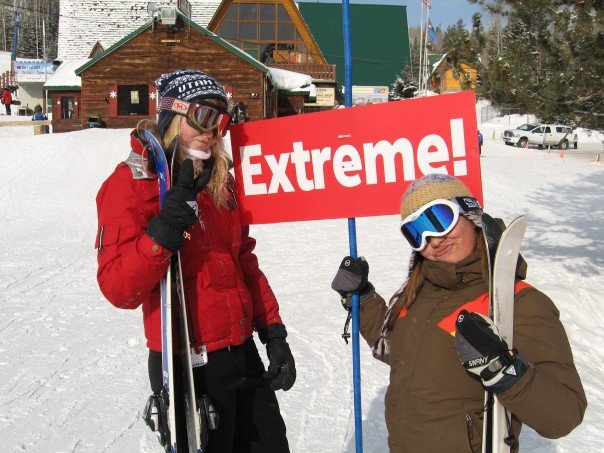 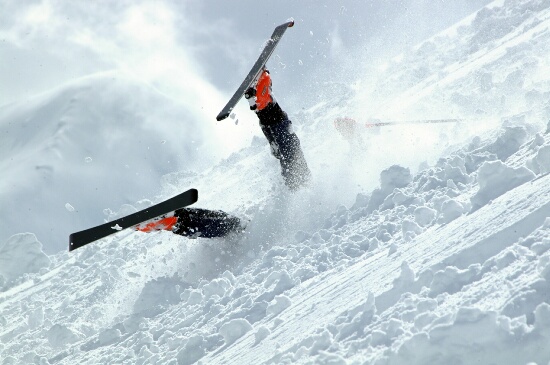 And a lot of swearing.  Actually, I’m surprised she is still talking to me today, you all know how she is with grudges.  Then it came to the semester long class.  We had these weird sort of “try out” things where they watched us ski and then put us in classes based on ability.  Somehow I got put with the crazies who like to jump off cliffs and ski in “unchartered territory”…wtf?  My teacher literally called me “the Chicago princess” just cause I valued my LIFE.  ugh.  So while I was stuck with those bozos Lily got a PRIVATE class and got to hear all the ski instructor gossip.  Really, it was like Real Ski Instructors of Beaver Mountain or something…she’d tell me all the dirt on our rides home.  I was jealous.  By the end of the class I think Lily could make it down the hill in one piece with a little bit less swearing…right?  Don’t know if she’ll ever ski again but it was definitely some great memories.  Maybe I”ll have to make my way out to Canada for some skiing…Lily??
*If you want to read more of Abby’s work, go to CozyinChicago.wordpress.com!
Standard