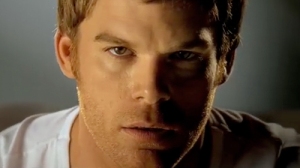 For some reason I thought doing yoga poses in a hot room with other smelly people sounded like a good idea. I used to have no regrets. Now I can honestly say that I regret doing something. If you’re into self-inflicted torture, hot yoga is for you.

I got a Groupon for a full month of hot yoga. I hate the word groupon almost as much as I hate hot yoga. I got a really good deal though. Who knew causing pain to yourself could be so expensive?

When I arrived to the Bikram yoga center, a class had just gotten out. Everyone was so sick and sweaty. That should have been my first sign to run. Run far away and never come back. I also made the mistake of going in the locker room. Let me just say, locker rooms can either be luxurious, or cellars full of naked people. This one was the latter. I know, I know. Everyone is the same. Everyone has a body. That’s fine. But, everyone does not have a body with saggy butt skin. Just because you are allowed to be naked in a locker room doesn’t mean that you should be. Barf.

I was already semi-naush from seeing  pale, old bodies when I got up to the yoga room. It was really warm. Probably set at 90 degrees. Laying down felt good. It kind of reminded me of being in a tanning bed (I don’t care about skin cancer) but with more humidity. Once we started doing poses, I started to get a little light-headed. It wasn’t just me though, lots of people were sitting down and/or leaving. I deemed anyone that was smiling or having fun a mutant.

I thought the class today was only an hour. Turns out it was 90 minutes. I decided to leave after an hour and 10 minutes, like a trooper. When I got up, the teacher said, “Are you sure you want to leave and give up on yourself?” Oh sorry, now that you phrase it that way, YES. How did she know that I wasn’t standing up because I wanted to run a few laps around everyone? So quick to judge! Anyway, she’s on my hit list now.

The room downstairs that once felt warm when I entered the building, now felt frigid compared to the heat upstairs. My whole body was shaking. Is this what people feel like after getting beat up? Probably. I took a cold shower when I got home. A cold shower. The only people that take cold showers are serial killers and dictators. And people who are close to death after hot yoga.

The thing is, I really like yoga, Pilates, stretching and dancing. This just wasn’t my cup of tea. All I’m saying is, if you like this kind of activity, you’re a world-class psycho.