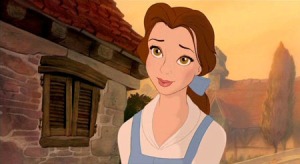 A couple making out during the riots last year. Jealous!

Remember last year when the Vancouver Canucks lost to the Chicago Blackhawks? It was a great moment for my hometown. I don’t even like sports and I thought it was pretty cool that they won. Vancouver, however, reacted differently. No one likes a sore loser, but I guess by now Canadians don’t really mind how they’re received in the media since no one really pays attention to them anyway.

Rioting is so passe’. I feel like the last time I saw a riot was when I watched Beauty and the Beast. I will admit that Gaston was a strong and capable leader, but even as a child I remember thinking, do people really do this?

I guess Canada has a history of rioting–that’s why they were so good at it last year. They know how it’s done. In 1971, there were riots in Vancouver to demonstrate against the support of legalizing marijuana. These were called the Gastown Riots. I don’t know why they were called that, but I’ve learned to stop asking questions and that nothing makes sense here.

Perhaps the most retarded riot in history was in 2008. Montreal Canadiens hockey fans took to the streets to celebrate their big Stanley Cup win against the Boston Bruins. Windows were smashed, police cars were set on fire, etc. Don’t you have to be angry and fed up to riot? Destroying things seems like an okay way to celebrate, but wouldn’t your first reaction be to get a pizza, and not act like a feral animals? I think Canada is the real Planet of the Apes.

Okay I just found another hockey-related riot. In ’94 the Canucks lost to the New York Rangers. Between 50,000 and 75,000 people gathered in Vancouver and looted stores and broke windows. One guy was hit with a rubber bullet and was in a coma for 4 weeks. He probably got so skinny after that. I wish I could be in a coma for 4 weeks. That’s the perfect amount of time. I mean…

There are so many more examples of Canadian riots, but I refuse to write about how Guns and Roses sparked a riot. There’s also another Stanley Cup riot. Why haven’t they deemed the Stanley Cup too dangerous for Canadians to take place in? Imagine if they said Canadian teams couldn’t play in the Stanley Cup. That, my friends, would cause a a series of frenzied events with rabid countrymen. Or all of Canada might spontaneously combust.

So instead of writing about how weird Canada is, today I’ve decided to freshen it up and talk about things that I hate that other people don’t, and vice versa.

1. A selection of television programs you do not care for: Big Bang Theory and Glee. What is so appealing about watching unattractive men talk about science? And like that girl on the show would EVER date any of them. Unrealistic. The only one who is semi-funny is the Jewish guy. Glee just makes me want to gouge my eyes out. Everyone on that show is so pretentious. And their “remakes” of songs sound exactly like the original. Is it supposed to be funny? And I hate how they cater to every stereotype. Talk about unrealistic.

2. A selection of musical artists you do not care for: I don’t really like James Taylor’s music. I don’t mind him as a person, I guess. His voice kind of gives me the creeps. And as for a real unpopular opinion, I don’t really like Dave Matthews. Sorry, everyone that went to my high school. Oh, and Prince 😉

3. A selection of celebrities you couldn’t care less about: Thinking about this makes my brain hurt.

4. A hobby you don’t understand: Running. I used to run every day. And now, looking back on it, I have to question my sanity. I also find it weird when people are super crafty. It’s like, how does their brain think of all these projects? Aliens.

5. A habit you find disgusting: Swearing. I hate when people throw those words around in everyday conversation. It makes them seem uneducated and tacky.

6. Something in your school that you really liked doing that everyone else hated: Orientation. There’s something about setting up my locker and finding my classes that I always enjoyed. Also, on the day of orientation, you would see how everyone changed over the summer. And by changed, I mean how tan they got.

7. Your favorite household chore: First of all, I hate the word chore. Its so Little House on the Prairie. My favorite duty would probably be making the bed. That counts, right?

8. PC or MAC: PC all the way. Mac are weird for the sake of being different. Its like, really? You had to put the exit buttons on the other side of the screen? What purpose does that serve?

9. A sport you don’t like for whatever reason: Soccer. I don’t get it. And everyone is so competitive. Maybe it’s from being in England for so long. And everyone calling it futbol. That just makes it 10 times worse.

10. A sport you really like for whatever reason: I like tennis. I like watching it and playing it. I’m terrible. But there is something about it that never gets old. And I like to swim. But watching swimming is only the most boring.

11. Television programs you love but have gotten teased for liking: The Real Housewives. I know that I am not alone. Can’t get enough of those crack whores. And I also love Extreme Home Makeover even though Ty seems drunk the whole time and its pretty much the same family week after week. I also love any freak show that’s on TLC.

12. Musical artists that you love but have been teased for liking: Enya. I actually have all of her songs on my ipod–THEY SOOTHE ME, OKAY?

13. A habit you have that people bug you about: Biting my nails. Sorry, they’re just so delicious.

14. Something you hated doing in school that everyone else seemed to love: Rollerskating in gym. Me + rollerskates =most awkward thing on the planet.

15. A household chore that makes you want to shoot your own face off: I think we can all agree that dishes are the most sick nasty thing ever. If I could eat off of paper plates every day, I would.

16. A celebrity crush that other people don’t understand: I love me some Alan Rickman. And I legitimately had a crush on Lumiere from Beauty and The Beast, if that counts.