It’s a challenge for me to watch one of my country’s favorite pastimes from a lesser, more embarrassing location. And the pastime I’m referring to is the judgement of people who’ve achieved thespian greatness. Attacking people from the privacy of your own home is the true winter sport. Sorry Sochi winners. Combine it with live tweeting and I’d consider you an athlete.

I couldn’t help noticing that my country was calling out to me through Oscar ensembles. So much red, white, and blue! Granted, they could have been calling out to people from France, The United Kingdom, Russia, Norway, Australia, Cambodia, Chile, Costa Rica, Cuba, Czech Republic, Iceland, Laos, etc, etc, etc. But I just have a strong feeling that they were trying to signal me.

Jennifer Lawrence really stepped out of her comfort zone by choosing another Dior gown to sport at the Oscars. This one was pleasant, but doesn’t hold a flame to her dress last year. However, she did manage to trip in both of them. Is it just me, or are her falls a cry for even more attention? 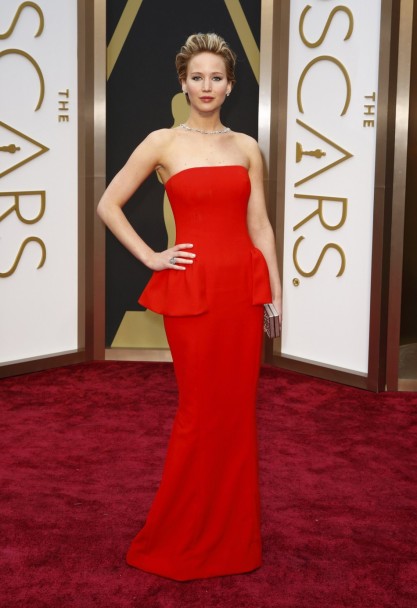 Pink’s ruby slipper dress was so unexpected and glorious. I think everyone was assuming she would enter swinging from the chandeliers, wearing a leotard, but she classed it up big time. Also, who knew she could sing like that?

Jared Leto is sporting a cute little crimson bow tie with his white tuxedo jacket. I was unsure about this combination, but I realized that if he chose to wear something normal, it would feel seriously wrong. Paired with his ombre beach waves, Jared managed to glam it up without being too strange.

Matthew McConaughney also decided to wear a white jacket on the red carpet which made him resemble a cute little busboy. I feel like Matthew and Jared made a pact to both wear white, hoping to please the Oscar gods. Luckily for them, it worked.

Kate Hudson really stole the show in her Atelier Versace gown. Like, stop. This dress is gorge. I mean, she hasn’t even done anything worth mentioning in the past 5-10 years but the girl knows how to dress.

I have to give some honorable mentions to Naomi Watts and Maria Menounos. They both wore chic white gowns that didn’t ask for too much attention, but were simply beautiful. Also, Maria Menounos shouldn’t even be there, but props on the dress. 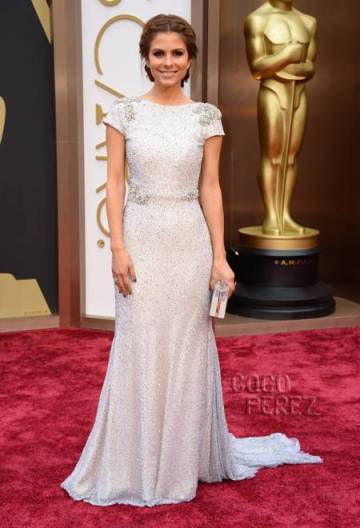 Lupita Nyong’o’s ice blue ethereal number really did it for me. It’s possible that she won an award for that dress alone. She also had such a beautiful and eloquent acceptance speech–I’m certain she was inspired by her frock. Lupita is most definitely America/Kenya’s sweetheart.

Jason Sudeikis wore a blue tux on this big day, which I applaud because I’m a fan of navy. However, I unapplaud because of the black bow tie. I just have trouble with navy and black mixing. Sorry, I’m not sorry.

Sandra Bullock’s Alexander McQueen dress looked terrible during the televised interview I tuned into. However, the photos online make it look pretty damn good. I also thought her hair was delightful.

I have to applaud Amy Adams’ dress solely for the fact that didn’t show her side boob. Congrats on figuring out how to flatter your body, Amy.

I think my favorite dresses of the night were Charlize Theron’s, Kate Hudson’s, and Lupita Nyong’o’s. Did you watch the Academy Awards? Which outfits did you like?