Okay so only two episodes have aired from the newest season of Mad Men but my mom suggested that I review it and I never turn down a suggestion. Unless it’s a bad suggestion.

I’m not a true blue Mad Men fan. I often get bored with the show and find it to be pretentious at times. That being said, the show is able to redeem itself quite often in my book. For example, I really liked the first season but then I hated seasons 2-4. But then I really liked season 5. Why do things have to be so complicated? 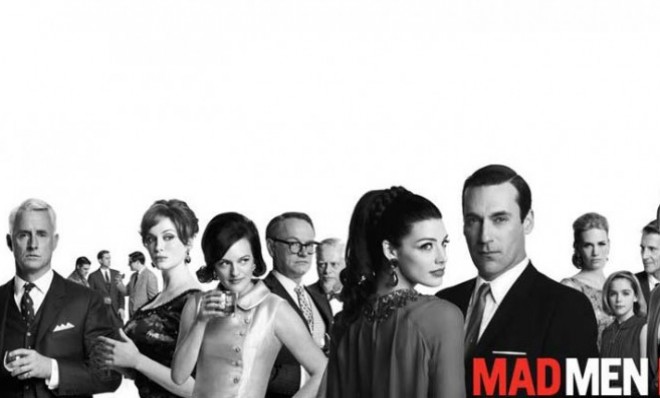 Let me just make it clear that there will be spoilers if you haven’t watched the first two episodes yet. Someone yelled at me once via comment for spoiling a show for him. But the show had been over and done with for a while so it was really his own fault for being too slow to watch it.

There are things that I’m pleased with so far in season 6 and there are aspects of it that make me mad. One thing I am elated with is that Don Draper is back to his old self. He’s quiet, cheating on his new ugly French buck-toothed wife, being snappy at the office, and a smooth talker with the ladies. That is the Don I know and love from the earlier seasons. Last season he was so jovial and smiling all the time–it made me sick. He even took his new wife to a Howard Johnson and bought her ice cream. Old Don wouldn’t be caught dead doing that.

Peggy is literally a new character each season. I remember clearly at the start of season 2 thinking, what happened to Peggy? I guess the writers try to develop her into this successful girl of the world but it just seems so unlikely. I’ve never even seen Peggy come up with a good idea so how has she climbed so high so quickly? I wish they would kill her off like Lane.

At first she was a lowly, self conscious secretary. 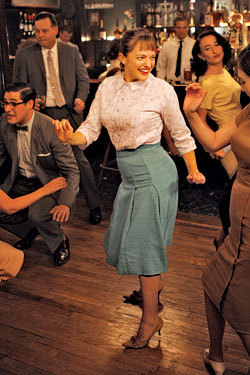 Then she started to let loose. 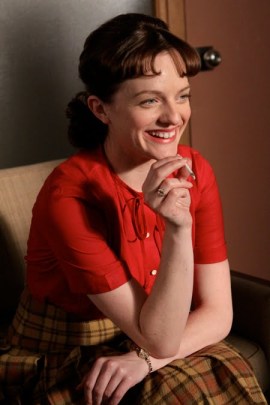 And tried way too hard to act cool. 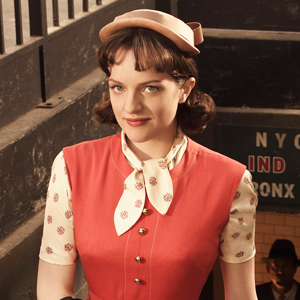 She rose higher in the workplace.

Betty is still overweight, which is good. I thought they were going to return to this season with a new svelte Betty which would’ve bugged me. Also, no one cares about Betty now because she’s married to some old guy that no one cares about. However, I do care deeply about Sally. She is a precious gem in a show filled with rhinestones. I like that the writers make Sally’s rage at her mother visible. Betty is kind of the worst mom evs. And this season they had her acting all concerned for Sally’s friend who ran away to live in the city. Like, who cares? Betty wouldn’t care if Sally ran away so why does she care about this random girl? Such unnecessary filler.

Roger Sterling is still funny and charming and does absolutely nothing around the office. They managed to keep his character pretty true to the first seasons. Every show needs a silver fox and Roger is our man.

The first episode was kind of dumb and too long. However, the second episode was great because it focused on Don cheating on his wife and Pete Campbell cheating on his. It was an interesting episode because it showed how suave Don can be when wooing a woman (Lindsay Weir from Freaks and Geeks will make do in this case I guess?) and how utterly messed up things can get. With Pete Campbell demonstrating the latter. A great scene was when Pete’s wife Trudy found out about his misbehavior and laid down some ground rules. And this is big coming from the timid housewife Trudy.

So overall, I would say this season is shaping up to be alright. What I’m looking forward to is a massive Don and Megan blow out fight, possibly a Pete Campbell divorce, and lots of Sally sprinkled in between everything.