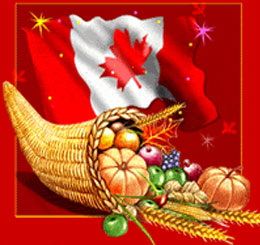 Why does this picture exist?

I attended my last 3 years of college in Canterbury, U.K. It was fun, but I never got to celebrate Thanksgiving (because the Brits have nothing to be thankful about). Luckily Canadians, unlike their commonwealth partners, celebrate Thanksgiving. Unfortunately for me, they found a way to mess it up and do everything backwards.

Firstly, anytime I mention American Thanksgiving people roll their eyes. But its like, UMM American Thanksgiving was the original celebration. For some reason I don’t think Paul wanted to believe that. So I looked it up (wikipedia is my best friend) and it said that Canadian Thanksgiving began being observed in 1957. So I guess they’ve only been thankful for the last 54 years. Which is fine…better late than never.

Wikipedia, however, betrayed me in their entry stating that:

“As a lithurgical festival, Thanksgiving corresponds to the English and continental-European Harvest festival, with churches decorated with cornucopias, pumpkins, corn, wheat sheaves, and other harvest bounty, English and European harvest hymns sung on the Sunday of Thanksgiving weekend.”

Hmmm that’s really interesting that they came up with the idea of Thanksgiving from all of that European crap. Weird because the country directly south of Canada had been celebrating a similar holiday for 94 years. But nope, they got the idea from a European Harvest festival. Oh. Okay cool. No credit.

One thought on “Thanksgiving (Canadian Style)”